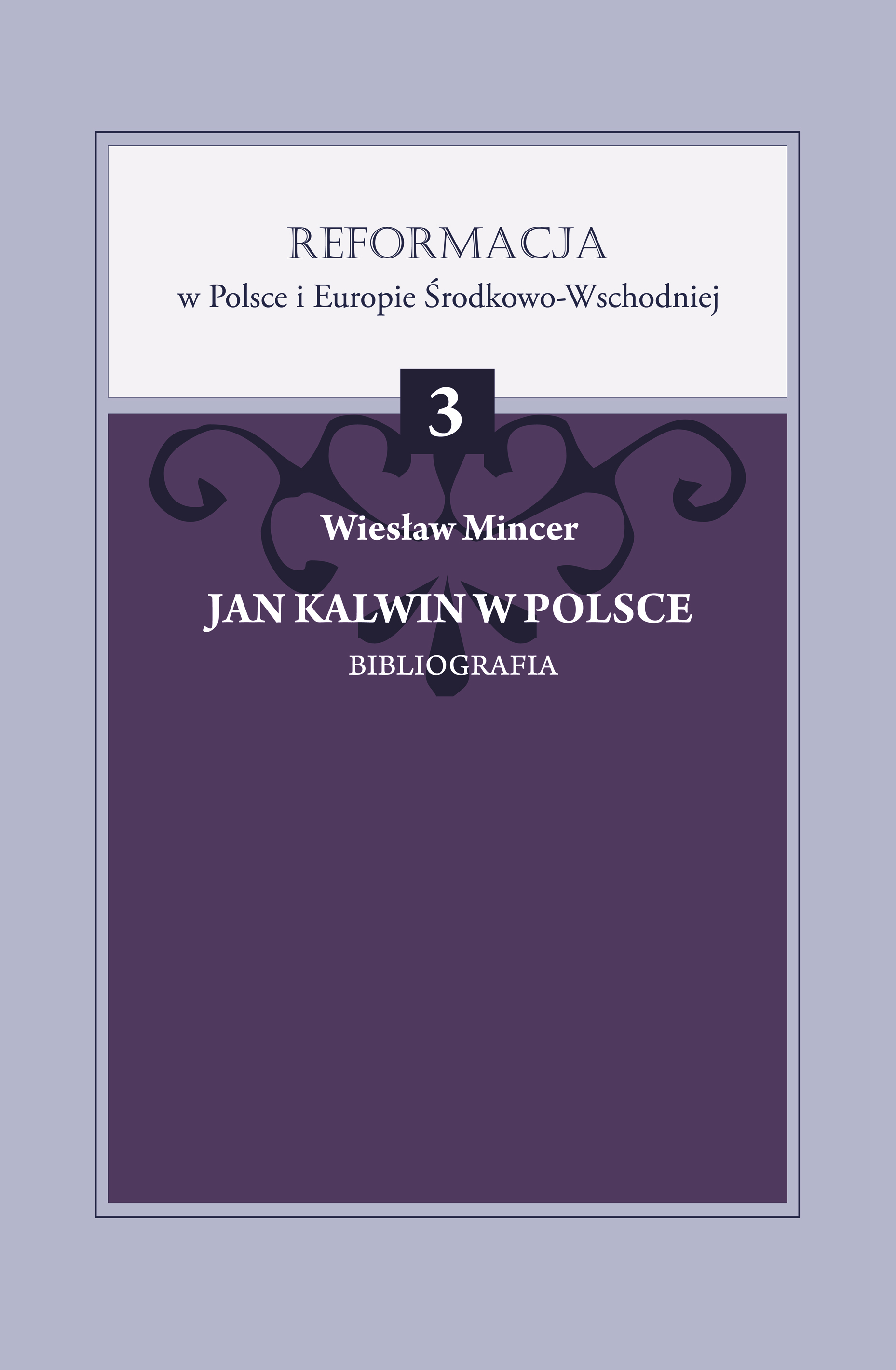 From Wiesław Mincer’s Foreword:
John Calvin in Poland contains studies by Calvin and about Calvin published in Poland by Polish and foreign authors, as well as texts by Polish authors published abroad, or publications that somehow tackle questions connected to Poland. Briefly – Polonica in the broad sense of the term. The book includes articles from periodicals, non-serial publications, and a few instances of literary fragments. The topics covered are John Calvin’s biography, theological and philosophical views, etc. […] The material is arranged according to the following subjects: Calvin’s texts, correspondence (letters by the Reformer and to him are treated separately), studies. Particular chapters are organised in a chronological order (it allows for an insight in the evolution of the reception of Calvin), particular years – in an alphabetical order. A number of items received annotations informing about the text’s contents, history, and, occasionally, results and conclusions. Nearly all items described were verified in person […].
The present bibliography counts 464 entries (520 including the Appendix), whereas the first edition listed 274 items (338 including the Appendix). […] The second edition has been supplemented both by some older publications, previously unavailable (it concerns old books in particular), and by current literature (mainly texts from Calvin Jubilee Year 2009). This edition contains a wider selection of encyclopedias and chapters from large historical studies. It is organised according to the same principles as the previous one. It has been also complemented by an index of subjects. Some items in the index are included under several headings (it concerns mainly older texts, e.g. some entries might appear both under theology and polemics). Another novelty is the list of titles of periodicals with their abbreviations.